Where I Started and How It’s Going: My Mastermind Journey

Where I Started and How It’s Going: My Mastermind Journey 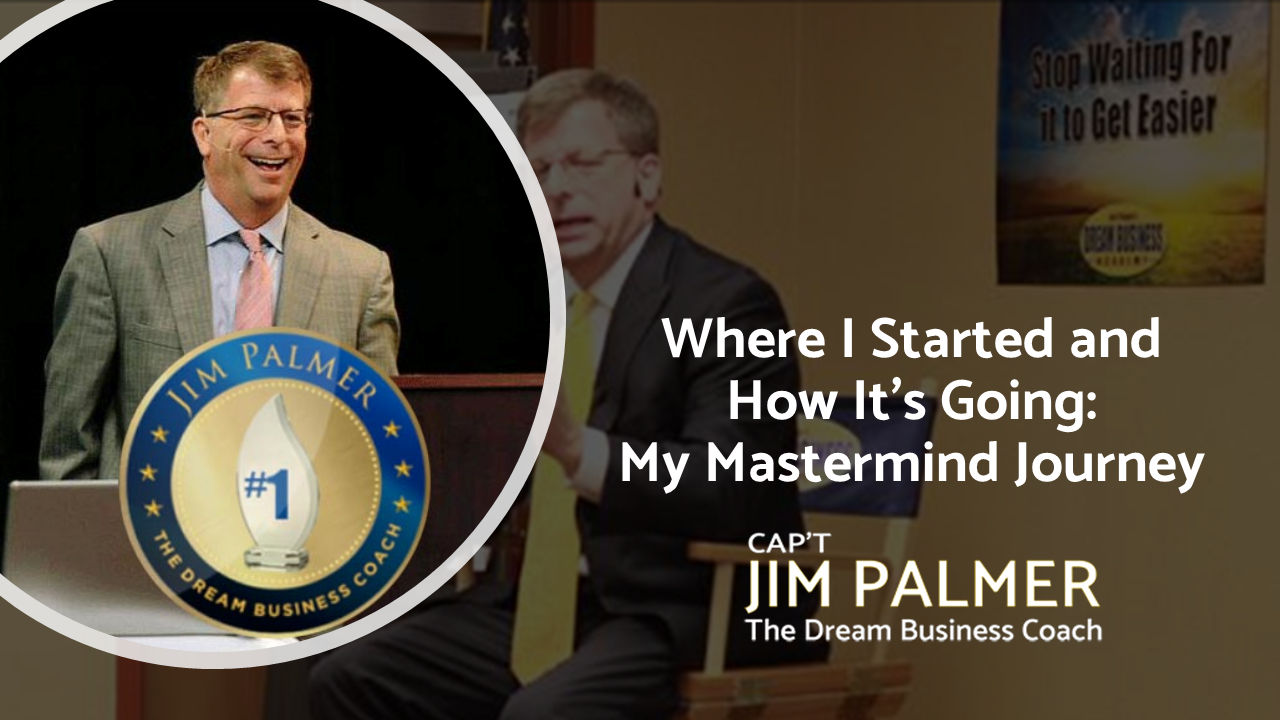 In 2009, after creating several successful businesses, I decided to launch my own mastermind group.

I asked around what entrepreneurs liked and disliked about masterminds, and the biggest thing they said was: they did not like the travel and time away from the office.

Anyway, that’s when I decided to create the virtual program, which over time has helped scores of entrepreneurs create their own Dream Businesses and establish their Celebrity Brands.

Right now I have 3 levels – Platinum, Diamond, and VIP – the latter of which is really a “business in a box”.

This first iteration was simply called “Jim Palmer’s Mastermind” and had two HUGE price points – $97 and $197.

The higher price point added a 1:1 coaching call to the monthly group mastermind call – it was for those who were “really serious”.

Most of the original members were clients of my No Hassle Newsletters program, and I’ll confess that, at least until I got some traction, I let some people in for free to get bodies in the room who promised to actually show up and participate.

I’d say most of the early revenue went to paying my virtual team members’ invoices and reducing the bite that overhead was taking out of my No Hassle Newsletters revenue.

But hey, it was a start.

Fast-forward a couple years, and things began to pick up.

The price points edged up over time to $397 and $997, and I began to add features and benefits to the point where I had my designer create a chart to add to the sales page as it became so much more than “pay extra and get a little 1:1 coaching too”.

In late 2013 – my operations guy remembers “fondly” because I asked him to spearhead the launch of it while he was technically homeless, crashing at a friend’s house after his apartment lease expired but before he moved across three time zones from Pittsburgh to Las Vegas…

…anyway, that’s when I released a book called Stop Waiting for it to Get Easier, which was intended as the “handshake” to recruit new members.

Then we took it beyond the telephone.

In the spring of 2014, in Las Vegas, we hosted the first of our Dream Business Academy live events. At the time, they were called – you guessed it – the “Stop Waiting Academy”.

(Was hosting the first one in Las Vegas my way of rewarding my ops guy for his earlier sacrifice, so he could attend without traveling? I don’t know. For a few days, his living room was packed to the ceiling with all the event equipment I ordered and shipped out there.)

It was a decent-sized crowd.

Also, it was here that I taught the “lucrative virtual mastermind” concept for the first time as a one-hour evening bonus session.

An entire GENERATION of new members joined the mastermind as a result of attending this event.

Things went so well, we did it again in Philadelphia that September, with a bigger room and (again) all seats filled.

More members joined the coaching/mastermind program, at least one of whom now runs an 8-figure business empire and, since you follow me, is almost certainly someone whose name you’ve heard. They stayed for one year, as they said upfront they likely would, but the experience was one part of their own launching pad to unstoppable success.

Over the next year, both the coaching/mastermind and the live event morphed to assume the “Dream Business” moniker that has held to the present day.

We added a VIP level to the coaching/mastermind that became essentially a “business in a box” – including a complete branding (or rebranding), website, book, information product, intro/outro bumpers for a podcast, and a lot of other things.

Overall we hosted eight sold-out Dream Business Academy events, including one in Orlando which took up an entire ballroom and #8 in San Diego which was an absolute blowout, as you can see in the giant photo here.

(There may be a ninth one someday. My operations guy still has one of the “Profit Seat Chairs” in his closet, so there’s a persistent one-man campaign to host another one in Las Vegas.)

Before COVID, we also held a series of one-day and two-day mastermind retreats around the country.

Members continued to join… some left (average stay: three years)… and some rejoined to the point where as of this writing I have at least five “repeaters”.

Here we are today.

It’s been quite a journey, and a boatload of fun along the way.

As you can see, I didn’t start at the very top.

So forget, for now, the pressure to “10X” or “add a zero” to whatever’s scribbled on your cocktail napkin today.

Where can you get started right now?

Start at that place, and then 10X and add that zero when it comes naturally – this may happen sooner than you expect.

I’ll help you design it and get it off the ground. 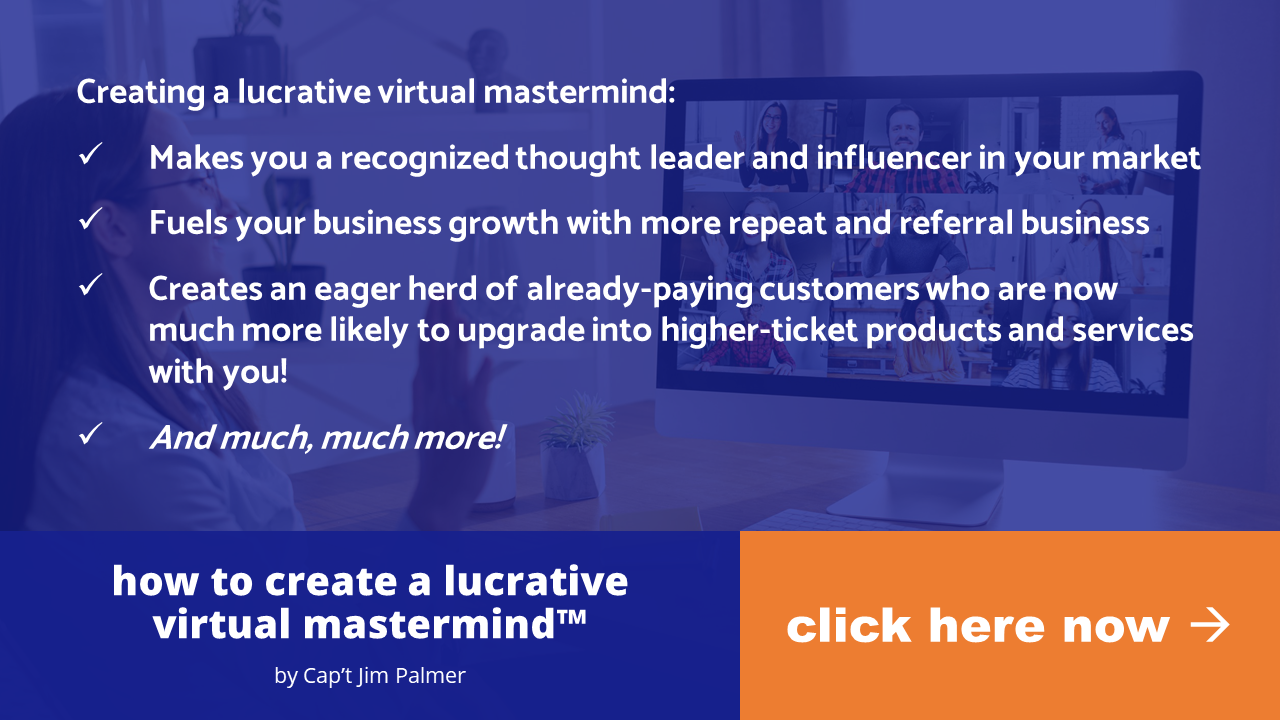